Some months ago I reflected on my past year and wrote a small piece about it. 2014 was, without a doubt, the best year of my life.

Let’s continue that story where I left it.

After my life-changing experience in San Francisco, I returned to Barcelona with a mission: make a big dent in the entrepreneurial scene. 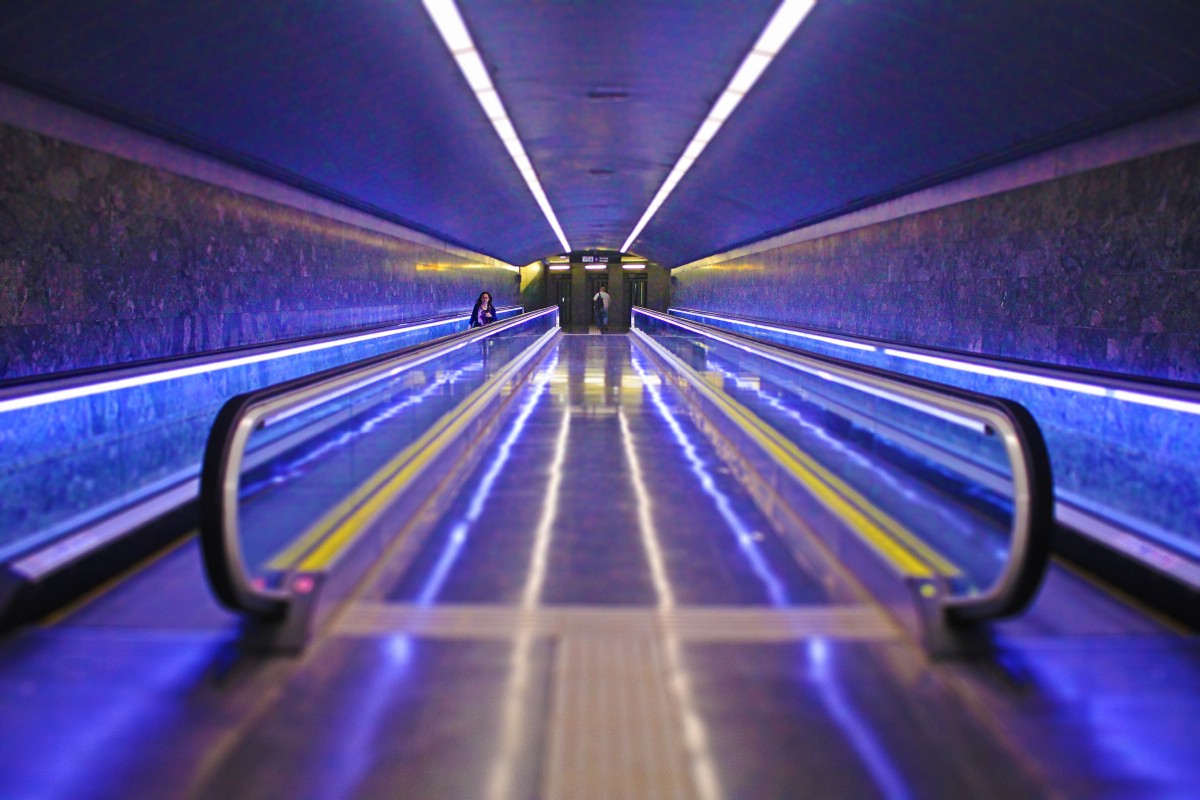 Coming back from San Francisco — and especially if going back to Spain — one needs to slow down a lot. Life has a different pace in each city, but the dramatic speed at which SF operates can’t be found anywhere else. Let alone in Spain.

While in SF an email won’t go nor unread neither unreplied, in Barcelona you might wait for a week or two for an answer.

In SF, you can find competing startups or initiatives team up to reach a higher goal. In Barcelona, they won’t even talk at the same event.

In SF, people meet for 10 minutes and get out of the meeting with two commitments for the next 24 hours, and the follow-up email is sent on the way back to the office. In Barcelona, people like to chat for hours at meetings without meeting any conclusion, agreement or immediate actions. Follow-up emails are not mandatory, here.

The list could go on, but I think you got the point already.

After finding a small project in San Francisco, it was time to deploy our operations in Barcelona.

At that time, I was the only full-time member of the company, while my other two partners kept their steady job. Therefore, I had to work my ass off to find projects so that we could incorporate them as soon as possible. There was no way I could do this alone, and we all knew it.

Soon enough, though, we were presented with the option to develop the Barcelona Startup Map and the new platform of Eureka-Experts. Those two projects gave us enough money to incorporate our CTO, Xavi and start earning some bucks. 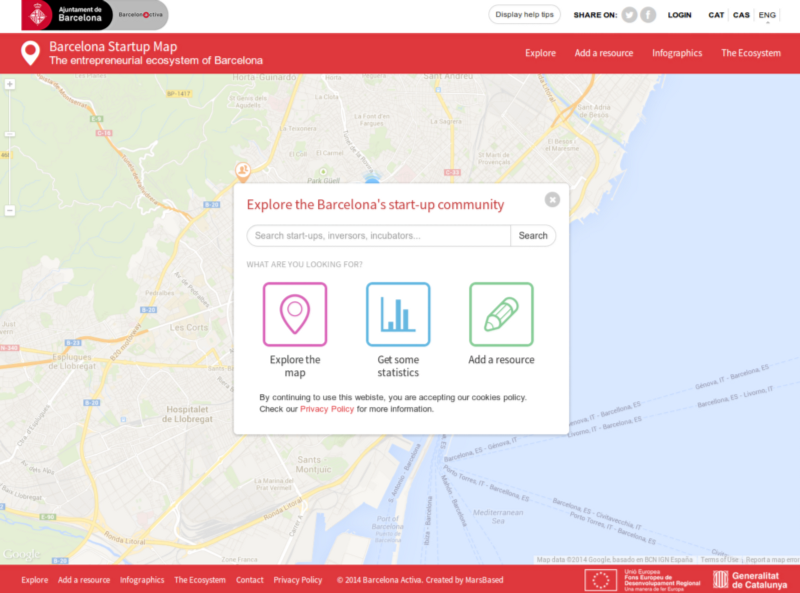 Might be the 1000th time I share this screenshot, but I’m actually very proud of how this project came along.

I should probably mention that after six months unemployed, almost three of them in San Francisco, I went broke. This was a life-changing experience I don’t recommend to anyone, but it served me a lot. I kept my priorities straight and hastened to find new means to sustain myself economically.

So after less than three months operating with only a third of the crew, and by working on weekends and late at night, MarsBased started to take off and had a very interesting summer.

While MarsBased took some time to start up, the Grind functioned admirably since the get-go. I am amazed at how much we have improved since the beginning, even though we had a really good start back then.

I will cover this more extensively in another post, but in order to avoid a completely messy first event, we programmed our failure. We decided to release the MVE (Minimum Viable Event) to test stuff before we charged people.

Startup Grind is a paid event. That helps to attract like-minded people who are genuinely interested in the event, and not pizza bums. But at the time, there were not many paid events in Barcelona. Most events here are free and they include a beer or two thanks to big brands like Estrella Damm or Moritz.

A month before our first official event with Marc Vicente (Rakuten), we scheduled a free presentation event. Setting a deadline for that, allowed us to focus on getting stuff done, so by that date, we completed the website, we got a very nice video, plus we were able to give free catering thanks to our buddies at Dribble Dots. 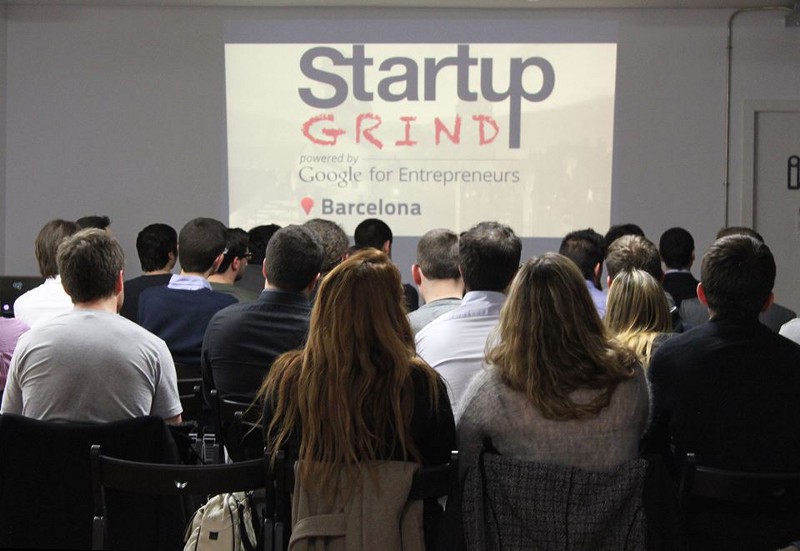 Yeah, right. If you were sitting in the fourth row or further, all you could see were other people’s heads.

The event was rather mediocre and seemed highly unprepared, but it gave us all the answers we needed. We needed a bigger venue, more preparation and to follow the feedback we received after the event. 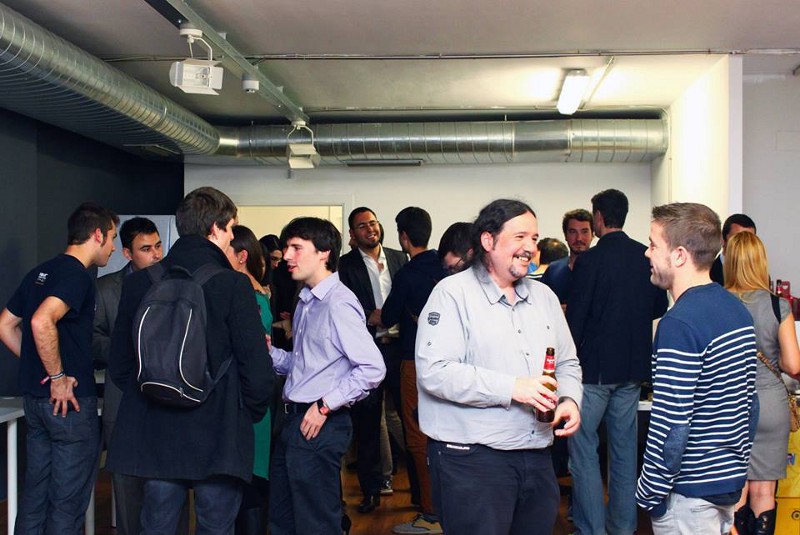 Despite everything, we had a very good attendance and the general vibe was very good.

So that’s for the second part of the year. All in all, very challenging months and extremely rewarding. The effort of the preceding months started to pay off.

And yet, the most important accomplishments of 2014 were about to unfold.

I’m happy to share my experiences here, but I would like to learn more about yours. What was your best moment in 2014?