One year ago I went through a life-changing experience. Today, looking back to the year that just finished, I find hard to believe all that’s happened to me. 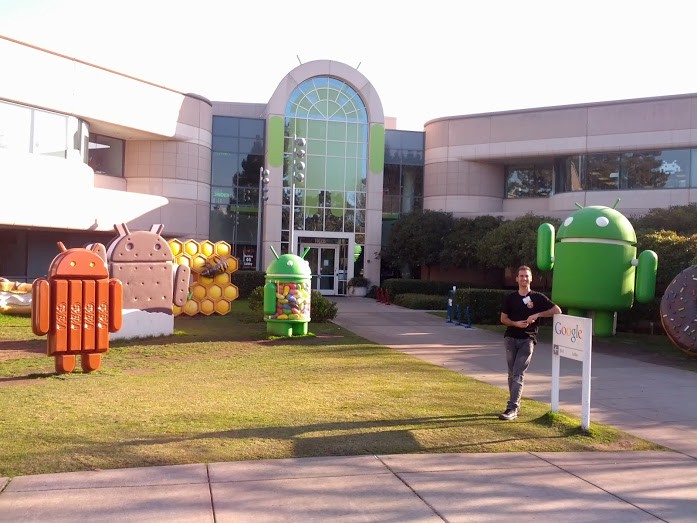 There's no treatment for this yet. Someone please help this guy!

My friends hate me because all I posted on Facebook back then was my daily burrito. But there’s more to my trip than my daily dose of Mexican goodness.

After some months of conceiving MarsBased, I was finally able to make it official, while my two other partners kept their jobs, like planned.

In almost three months in San Francisco I spread the MarsBased word but didn’t get a single project (oh, yes, one worth 700€ that’s still on hold — lucky us!). However, all that I learnt there helped shape what is MarsBased today.

Thanks to the San Franciscan open-mindedness I could meet the guys at Thoughtbot, Google, Twitter, Facebook, and other leading tech companies. From each and every one of them something valuable. Their advise sharpened my pitch and gave me new ideas to bring into the company.

Not only that, but I also got to fulfil one of my dreams: visiting Google’s offices.

However good my first impression of business in the USA was, it would not allow me to live off MarsBased that fast.

Our company did not have a clear pitch and it certainly did not look solid and/or mature enough for American standards. I can understand no one would risk their money on such a young company, as we had neither references nor portfolio.

As I was not allowed to look for a job in the USA because of my tourist condition, I applied for some remote jobs, or some jobs in Barcelona. I even did an interview for Uber Barcelona back when it didn’t exist, but I didn’t make it through.

We needed a change.

Learning from the best — Startup Grind

In one of the Eventbrite digest emails I found something called Startup Grind. A three-day event held in Mountain View, garnering entrepreneurs from all over the globe and massive speakers: Y-Combinator, Andreesen & Horowitz, LinkedIn, 500Startups, etc. I was kinda broke but spent my money there.

It turned out to be one of the best investments of my life.

I attended the three days learning from the best, meeting other like-minded people and absorbing the Startup Grind values. That made me want to apply to create the Barcelona chapter.

So I did. And after the assessment process, I became the Chapter Director for Barcelona.

During the Summit, I made so many contacts (friends, according to Startup Grind values!) and learnt from their stories that I thought I could also do it myself. Somewhere around that moment I decided to quit job-hunting and committed to build the Martian spaceship using all my dedication.

And by committing full time, we had our very first success. 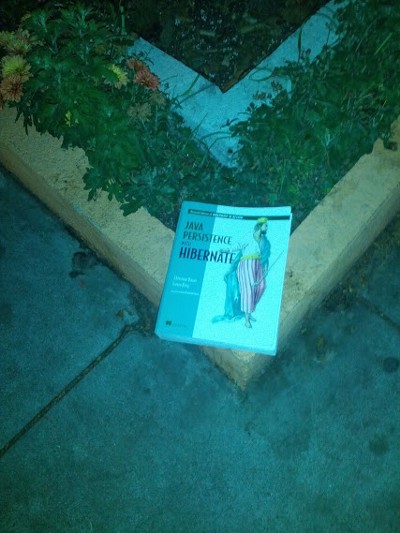 I too have abandoned Java (and Hibernate) for good.

Other major accomplishments while in SF were definitely eating three burritos in a day, waking up in a different city after a birthday party, finding abandoned Java books in the street (see picture), finding a Catalan restaurant, discovering that tofu can be tasteful, trolling a Rails meeting, frequenting way too many tech parties, hanging out with CEOs of startups you now might use but they were just and idea one year ago (DocSend, 8fit), spotting awesome license plates (CHSBRGR, IWHINE2) or meeting more Germans in two months in SF than in two years in Munich (approx).

As you can see, there are plenty of reasons to say my 2014 has been awesome.

But that’s only the first two months of the year. Wait for the next entries to read about the rest!